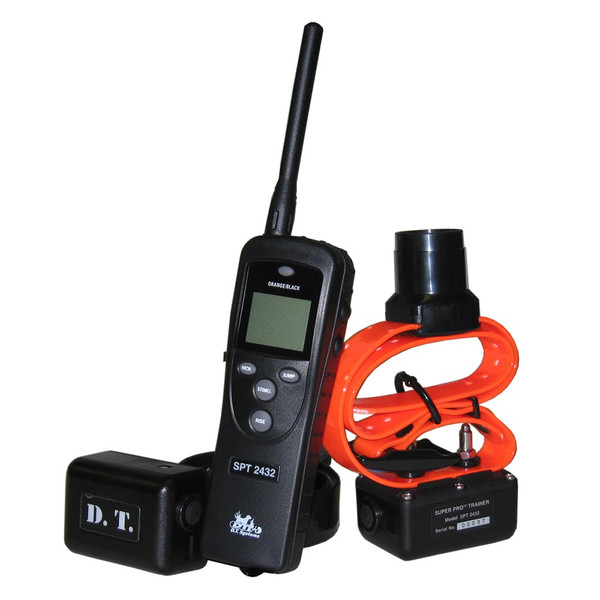 Introducing the all new, ground-breaking SPT 2400 series remote dog trainer by D.T. Systems! The new SPT 2400 series was designed in collaboration with top professional trainers around the world with a focus on rugged reliability, ease of use, and new training features such as our Jump and Rise training aids.

All SPT 2400 series have completely waterproof and rechargeable (Ni-MH batteries) transmitter and collar units, an easy-to-read LCD screen with a low battery indicator, and a 2400 yard (1.3 mile) range. Also included on all SPT 2400 series are the Jump, Rise, Nick, and Continuous Stimulations, as well as Vibration. The SPT 2430 and 2432 (2-dog system) add a beeper/trainer to the already feature-loaded SPT 2400 series.